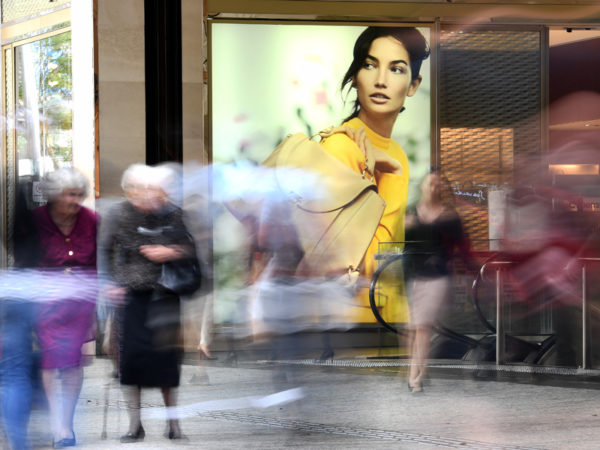 Rate hikes and the soaring cost of living are finally starting to weigh on household spending.

Non-essential outgoings decreased in August, according to CommBank’s household spending intentions index, with sectors such as travel, entertainment, transport and retail all softening.

However, spending in other categories – such as cars, home buying, and health and fitness – was up, which contributed to the index lifting 0.8 per cent for the month to 115.5.

Travel was down 3.9 per cent for the month, while entertainment spending – such as movie theatres and restaurants – also dropped, falling 7.2 per cent compared to July.

The annual index was up 15.1 per cent – unsurprising given this time last year NSW and Victoria were enduring COVID-19 lockdowns.

The index draws on the bank’s payments information, as well as Google Trends search data.

So far, rising interest rates and the soaring cost of living have been reflected in surveys that measure the confidence of consumers but less so in actual spending habits, with a 1.3 per cent jump in retail sales reported in July.

The last three 50bp increases – in June, July and August – saw an average decline in confidence of about five per cent, ANZ economist David Plank said, with signals from the Reserve Bank about future rate hikes potentially softening the blow.

“It is possible that (RBA governor Philip Lowe’s) suggestion that the size of future rate increases might be smaller helped support confidence somewhat,” Mr Plank said.

He also said lower fuel prices may be contributing to consumer optimism.

Despite the better-than-expected result, confidence remains well below long-term averages.

Last week, the central bank hiked interest rates for the fifth month in a row in an effort to curb inflation, but also suggested the case was growing stronger for a slower pace of tightening.